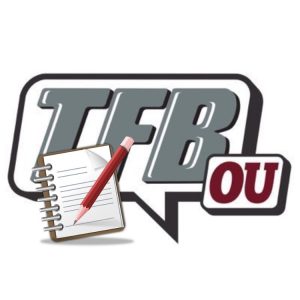 The first Oklahoma recruiting class with Lincoln Riley as head coach, the 2018 class, was one that got Sooner fans excited. The top ten class brought in talented players who can both contribute immediately and help stock up depth.

Last year, TFB looked at SS17 each week to see how they contributed on the field. This year, we’ll do the same with ST2K18, looking at stats and big plays.

* The share of each stat category that ST2K18 was responsible for is shown on the right.

Six members of ST2K18 played on Saturday. This was the first time Delarrin Tuner-Yell and Jalen Redmond saw the field this season.

On the season, an average of 7 members of ST2K18 are playing per game.

The new NCAA rule allows players to participate in up to four games and still classify the season as a redshirt. As such:

* Jaylon Robinson is at the maximum and cannot play in anymore games if he plans to redshirt.

* Injured players Baldwin and Thompson are currently assumed to be on a path to redshirt.

* Players who haven’t played yet (Asamoah, Crawford, Moore, Simpson, Tatum, Thompson, and Walker) are almost certainly on a redshirt path.

* Players who have played but are unlikely to play much more (Mordecai, Stoops, and Tillman are probably on that list) will almost certainly redshirt.