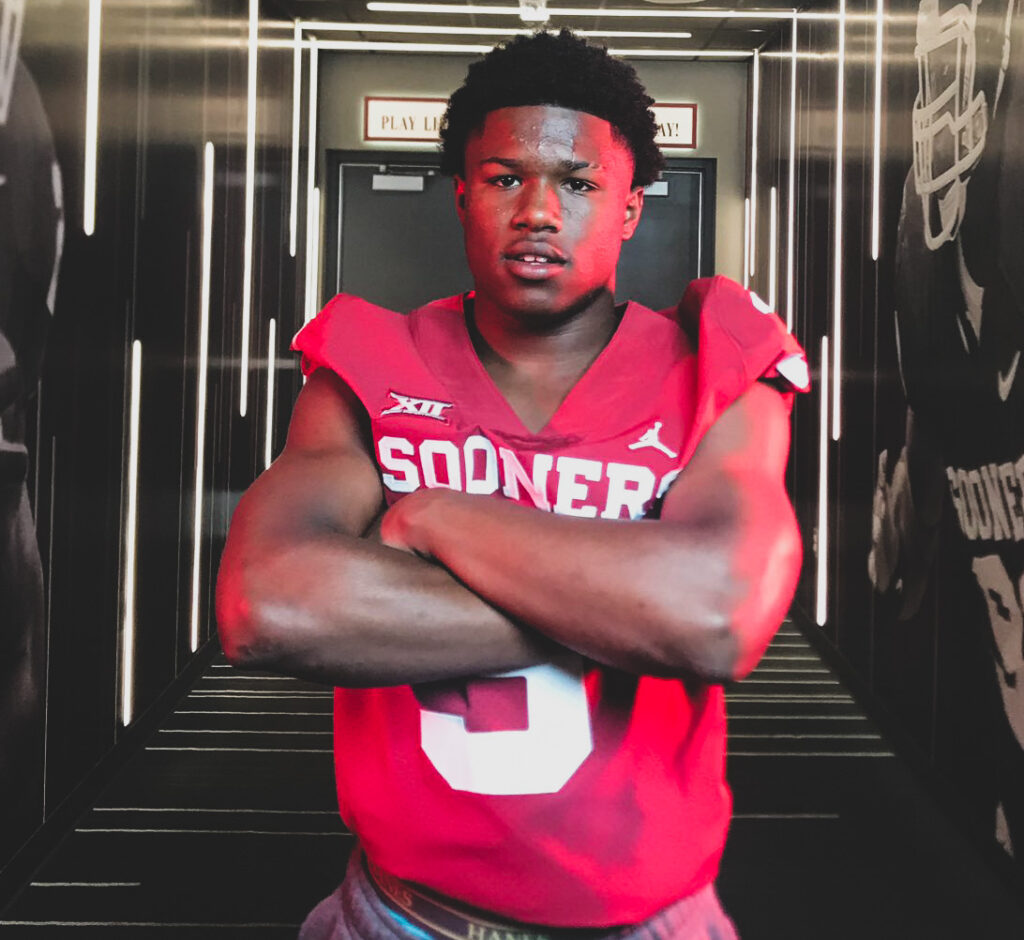 The Sooners landed a big target in their 2022 class today with Raleek Brown announcing his commitment to Oklahoma!

Brown (5’8″, 185), out of Santa Ana, California, plays at Mater Dei. He has always been an elite athlete and coveted prospect, with many projecting Norman as his eventual landing spot.

Raleek first entered the radar of Sooner fans back in 2019. He was offered by OU in May; shortly after finishing his freshman year of high school, he attended the Lincoln Riley Football Camp in June, with James Hale and I both in attendance. Despite a host of highly talented players, nobody drew more excitement that day than Raleek Brown.

Brown is a composite 5 star athlete, listed at running back. However, Coach Lincoln Riley and company see him as a part of the entire offense and have put an emphasis on his receiving skills at the collegiate level.

Raleek has truly elite speed, but is much more than a burner. He is unbelievably elusive (as evidenced back at the Lincoln Riley Camp), has phenomenal burst, and can make cuts on a dime. The Sooners are getting an offensive weapon that will be giving Big 12 Defensive Coordinators fits for years to come.

Brown joins WR Luther Burden, WR Jordan Hudson, LB Kobie McKinzie, and WR Talyn Shettron in a 2022 class that is already shaping up to be special!