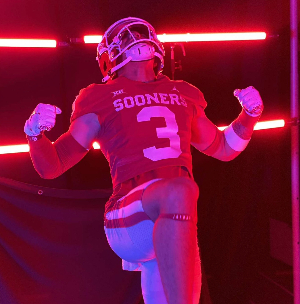 The Sooners picked up their 5th commitment in the ’23 class as Kaleb Spencer (6’3 200) out of Colonial Heights, Virginia announced his pledge to Bren Venables and Oklahoma!

Spencer made his way back to Norman for the Spring Game a couple weeks ago after having previously visited back in March for a junior day event.

The Sooners offered the big defensive back in February of this year and wasted little time in garnering his pledge.

I will include his film for those who missed it from our recent note on him: