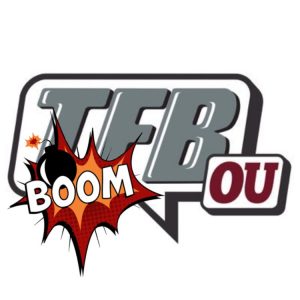 The Sooners picked up a massive commitment from 2022 wide receiver Luther Burden (6’2″ 194) out of Saint Louis, MO.

Burden is one of the top receivers in the 2022 class and he joins LB Kobie McKinzie and WR Jordan Hudson as an elite trio for OU which creates a tremendous foundation for the class.

He pairs his size advantage at receiver with some impressive athleticism which allows him to be a scoring threat from anywhere on the field.

Burden visited the Sooners in November of 2019 for the Iowa State game and in late July we mentioned he was someone to keep an eye on at the wide receiver spot.

He holds an absurd amount of offers for a 2022 kid as over 40 programs, including all of the power players in college football, have thrown their hat in the ring for his services. The fact that he chose the Sooners at this early stage of his recruitment shows you that the Lincoln Riley train shows no indication of slowing down.

He also happens to be the recruit that head coach Lincoln Riley signified by tossing out the ‘O’ emoji on Twitter on August 22nd!

We will get deeper into the conversation as to why we were not at liberty to give you all much in the way of clues from the 22nd down the line a bit, but make no mistake, this is a big-time get for Lincoln Riley and the Sooners!