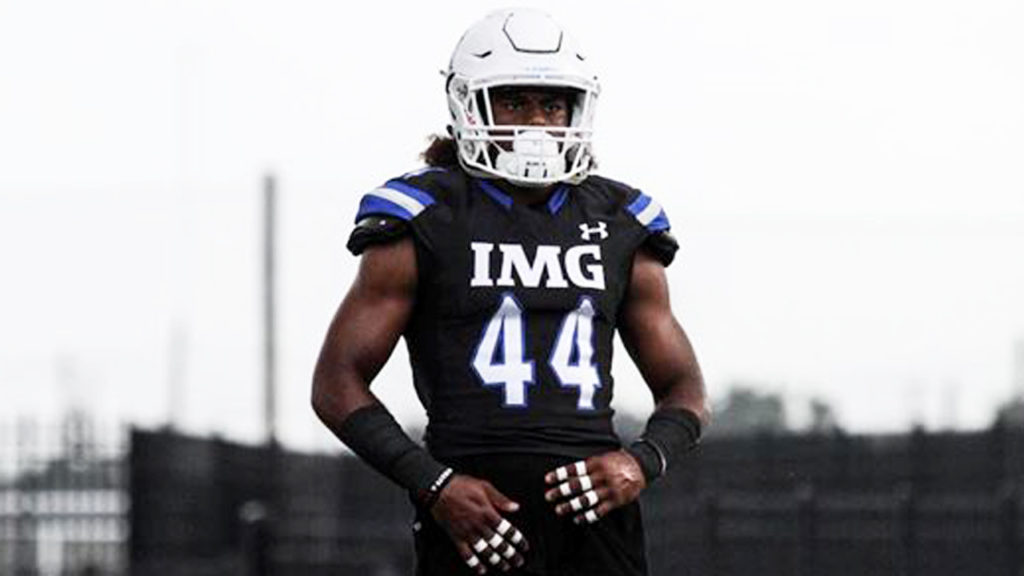 2018 CB Brendan Radley-Hiles, known as Bookie, has committed to Oklahoma.

BOOM! Bookie to the #Sooners!

Bookie was committed to Nebraska for several months, but decommitted in late October. He has felt strongly pulled toward Oklahoma since mid fall. He is good friends with OU commit TJ Pledger, his teammate at IMG Academy in Florida and fellow Californian. The two had a strong desire to play together. There were rumors of Pledger potentially landing at Nebraska for months, in large part due to their connection – Oklahoma ended up with both.

Bookie is a shorter cornerback than most, standing at shorter than 5’10”. He is a heck of an athlete though; Bookie is capable of playing receiver, returning kicks, and just about everything else. TFB’s own Super K has this to say about Bookie on September 21: “From what I’ve heard is the ultimate alpha. The players seem to really gravitate to him.” You can see why below.

This is a big pick up for the Sooners, as Bookie joins an already talented recruiting class. The BOOMs keep coming.