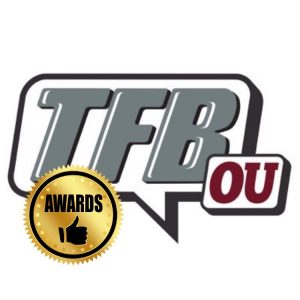 Sooners sweep the offensive and defensive player of the week awards.

Rattler, a product of Phoenix, Ariz., threw for 301 yards and accounted for all five of Oklahoma’s touchdowns Saturday night. The redshirt freshman completed 17 of 24 pass attempts (71%) for 301 yards and four TDs, while rushing for a nine-yard score in the 28-point victory. He accounted for touchdowns on OU’s first three possessions of the game as it opened a 21-0 lead by the 7:53 mark of the first quarter. Rattler has passed for 300 yards four times and at least 200 yards and two scores in seven games this season.

Perkins, a native of St. Louis, Mo., finished with five tackles, including 3.0 tackles for loss and 2.0 sacks to spearhead Oklahoma’s defensive effort against OSU. The junior’s tackles for loss totaled 18 yards and his sacks resulted in a loss of 13 yards. His early dominance help set the tone, as the Sooners held the Cowboys to season lows of 246 yards and 3.6 yards per play. Perkins has been credited with 6.5 TFLs and 3.5 sacks in his three games this season.