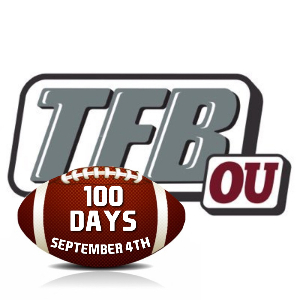 Jordan Kelley and the Sooners had a long relationship. Hailing from Tulsa Union (OK), the same high school that produced recent Sooners like Tre Brown and Patrick Fields, Jordan received an OU offer at his Junior Day in February, 2017. As an OU fan growing up, it was hard to beat out Oklahoma, and he committed a month later.

In Kelley’s first year on campus, he was able to take advantage of the new redshirt rule; he appeared in two games for OU to gain experience but enjoyed a redshirt season.

Unfortunately, Kelley was injured the following spring and missed most of the 2019 season. He was able to play in the CFP Semifinal as his lone action for the season.

In 2020, Kelley saw a significant uptick in his playing time. He saw action in 10 games to provide depth on the defensive line.

Kelley dropped roughly 15 pounds from last season. He is back again at the nose tackle position; Perrion Winfrey looks locked in as the starter, but Kelley will be competing with Joshua Ellison for snaps behind Winfrey. Now in his fourth season with the Sooners, Kelley has the chance to earn more snaps this year and pave a path toward a bigger role in 2022.