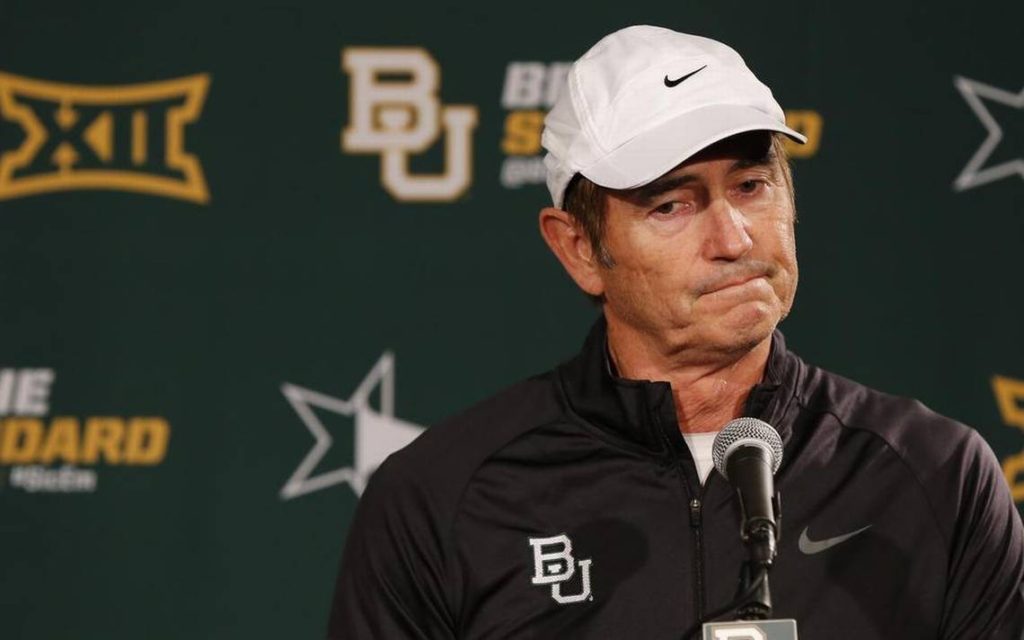 Image via The Star Telegram

According to Craig Smoak, who has covered the state of Texas and Baylor for many years, Baylor is expected to release an announcement on Thursday dismissing head football coach Art Briles.

Smoak also reported earlier Thursday morning Baylor was planning to release at least some portion of the Pepper Hamilton report that had been conducted as part of an internal investigation surrounding the many instances of sexual violence involving Baylor student athletes.

After a previous report indicating Baylor would fire school president Ken Starr, many had speculated he may play the role of fall guy and that Briles’ job would be safe. Evidently that will not be the case as ESPN’s Brett McMurphy is also now confirming Smoak’s initial report that Briles will be fired.

Setting aside the many disturbing aspects of this whole ordeal, needless to say from a strictly football perspective this is a move that will have massive ramifications. Not only from a Baylor standpoint as to where they go as a football program, but of course from an overall Big 12 standpoint as well.